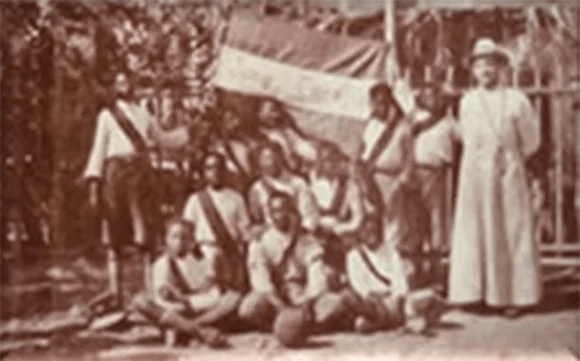 The first club in Curaçao was established at a time when the island had just 25,000 inhabitants and there wasn’t a football field in sight. In fact, the first game of CVV Republic against the Dutch Marines was held in the garden of the Santa Famia Church. The friars, who were also the schoolteachers, played a big role in the early years, among other things by clearing plots of land to create playing fields. 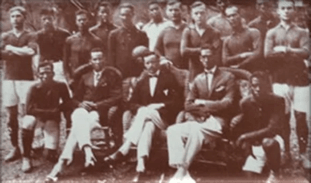 The CVB affiliated with FIFA and exchanges with neighboring countries followed on a regular basis. 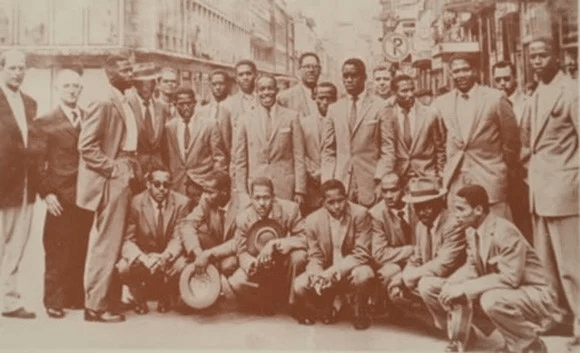 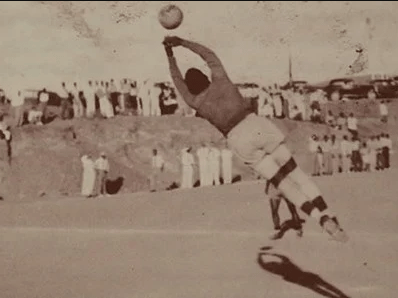 In May 1946 the CVB celebrated its 25th anniversary with an international tournament in Curaçao. Visiting teams were Aruba, Surinam, Atletico Juniors (Colombia) and Feyenoord (The Netherlands). Curaçao won all matches. The last one against the famous Dutch Feyenoord attracted a large number of spectators and Curaçao won 4-0. That summer our team traveled to Holland for three months and played nine matches against various teams, of which the 3-3 draw against Feyenoord is vividly remembered. More than 37,000 fans came to the Rotterdam stadium, almost as many as the entire population of Curaçao at the time! And young goalkeeper Ergilio Hato made a lasting impression with his amazing athletic abilities and leaping strength.

Our national team performed well in the next CONCACAF Championship and won the Central American and Caribbean Games gold medal. Hato became a legend in South America and the Caribbean and will always be remembered as “El pantera negra”. He was offered several contracts abroad but always chose to stay close to home. The Curaçao national stadium was later named after him. 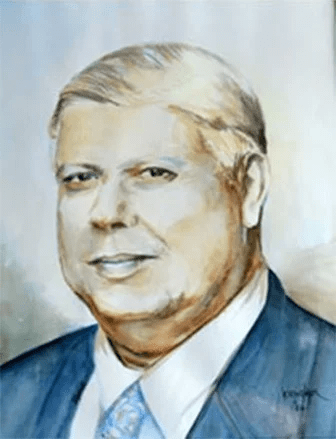 1958 brought another organizational change with the establishment of NAVU, the Netherlands Antilles Football Union. Soon after, the Aruban AVB affiliated with NAVU and the Bonaire Football Federation BVB followed in 1959. Players from all three islands could now participate in the national selection.

The legacy of Mordy Maduro

The driving force behind NAVU and FFK was Mordy Maduro, president of CVB from 1951 and of NAVU from 1958 to 1971. He was also elected vice-president of FIFA in 1960 and re-elected in 1968. Thanks to him many foreign teams visited Curaçao in those years. His great contribution to football development was honored in 2002 by naming the NAVU Development Center after him.

In 1977 the CVB changed its name to FFK (Curaçao Football Federation in Papiamentu), which it still carries today. Aruba gained ‘status aparte’ within the kingdom in 1986, retiring from NAVU and successfully applying for separate FIFA-affiliation. In the following years, selections in different age-categories (U-17, U-20) participated in CONCACAF and FIFA pre-qualifying tournaments. Training became more professional, and the U-17 selection even reached the second round in 1996.

Football on the rise

The first decade of the 21st century brought major changes. In 2002 A FIFA Goal Project was awarded and NAVU built its own training and development center. By 2003 NAVU and FFK had proper offices, meeting rooms and a dormitory. FIFA financial aid guaranteed further development and a professional staff was installed. Later that year the first FFK women’s championship was also held with five teams.

Then, an ambitious program was launched to get us to the World Cup in 2006. Until 2003 our national selections had consisted solely of players living in Curaçao and Bonaire. Trainers Pim Verbeek and Henk Duut broadened the scope and NAVU started actively recruiting Antillean players at the top level of the Dutch national competition. In 2004 a selection of both Caribbean and European players won two Caribbean tournaments and reached the second round of the CONCACAF prequalification.

In recent years a large number of courses in all aspects of football management and training took place. FFK, FIFA and the KNVB provided courses in refereeing, coaching, management and women’s football; Curaçao participated in FIFA, CONCACAF and Olympic training; and thanks to the FIFA GOAL Project, we realized a Health & Fitness Center and a training field with artificial turf.

Curaçao became an autonomous country in the Dutch Kingdom in 2010 and the Antillean NAVU ceased to exist. All activities are now executed by the FIFA-affiliated Curaçao Football Federation FFK.

Ongoing efforts in youth development over the past decade are paying off. More teams are participating in our Youth Championships and FFK started a Football Academy for talented young players, together with our partner Fundashon Bon Intenshon. Selections of both girls and boys are performing well at a Caribbean level, so we will definitely continue our efforts, both at the base and in the Talent Academy.

Football in Curaçao has grown immensely. The success of our national team, winning the Caribbean Cup and making it to the quarter finals of the Gold Cup, has had a positive spinoff on Curaçao as a whole. The Men’s National Team, led by legendary coach Guus Hiddink, is playing the qualification rounds for the FIFA World Cup Qatar 2022, also acting as an inspiration for our national youth teams. We are determined to build a pathway for both boys and girls to play the sport at the highest level possible.

Women’s football is the world’s fastest growing sport, and FFK has pledged to create an infrastructure where girls and women can thrive in all areas of football. Our Women’s Team will be participating at the senior level on a bigger scale for the first time, thanks to CONCACAF and FIFA’s commitment. FFK strives to engage women of all ages and is now working on a major marketing plan specifically tailored to the women’s game.